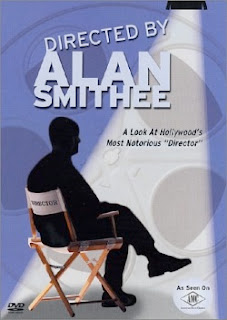 Every once in a while, a director is not so happy with a finished product and wants to distance themselves from it. But, sadly, their name is all over the movie. What to do? Well, luckily for directors that belong to the DGA, (Director's Guild of America) they can magically remove their name from the movie and replace it with another! There are plenty of names out there to choose from, but which one sounds so generic that no one will be the wiser? Well in 1968, that generic replacement name was "Alan Smithee," or "Allen Smithee." According to the DGA, a director may use the name Alan Smithee in lieu of their own, but there are a few rules. First off, the director must prove to the guild panel that they have completely lost creative control of their movie. This could be due to a troublesome actor or from other members of the crew. The second catch is that the director must never speak of the incident that led up to having their name replaced or ever admit to being the director of said film. Who thought of this anyway? 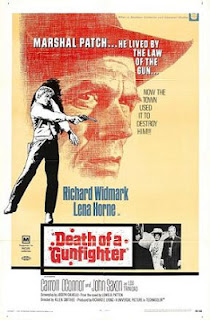 The DGA itself was the purveyor of this loophole. Before 1968, directors were unable to use pseudonyms. This is very much unlike the literary world where authors could use pseudonyms to get around publishing limits like Stephen King did with Richard Bachman, or get their books published in the man's world of science fiction as Alice Sheldon did with James Tiptree, Jr. Why deny directors that right? Well, the DGA wanted to keep producers from forcing pseudonyms onto directors, as it would damage the directors resume. It was also part of the DGA's policy to always credit the director, as it was their philosophy that the directors themselves were the  main creative force behind a movie. This all changed when Death of a Gunfighter was trying to be made. Robert Totten was the original director of the film, but he apparently wasn't working out for the lead actor, Richard Widmark, who wanted him gone. He got his way, as sometimes happens when you involve well known (at that time) actors. Totten was let go and Don Seigel took over the rest of the film. Seigel realized in post that Totten and himself had shot about an equal amount of used footage. This, along with the fact that Widmark had basically been calling the shots the whole time caused Seigel to take the case up with the DGA, since Totten's name couldn't be used as director, and Seigel refused to have his name on it. The DGA agreed that the film did not represent either the director's visions, so they had to come up with a solution. 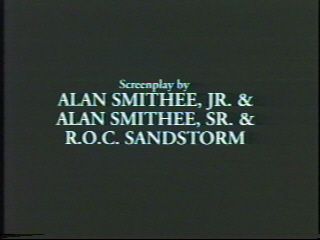 They came up with using a general pseudonym for just such an occasion: "Al Smith." The board members then probably slapped themselves realizing how common the name was. "Al Smith" wouldn't work simply because it would be far too confusing for everyone. In fact, there already was an Al Smith in the movie business. So they decided to add a little and make it "Alan Smithee." Not too generic as to cause confusion, but just generic enough not to raise suspicion. The ploy worked, as critics praised Death of a Gunfighter and it's "new" director. The New York Times said that the film was "sharply directed by Allen Smithee who has an adroit facility for scanning faces and extracting sharp background detail." Even Roger Ebert was fooled, praising the director for "allowing the story to unfold naturally." The name was even added on retroactively to  movies like Fade-In, starring Burt Reynolds, and the television drama, The Indiscreet Mrs. Jarvis, starring Angela Lansbury. The name has been used on a bunch of films over the years, mostly ones you haven't heard of, but a few that you might have. The name can be used in all directing capacities, from movies, TV shows, music videos, comic books, and modified versions of movies (i.e. the versions that are shown on TV). 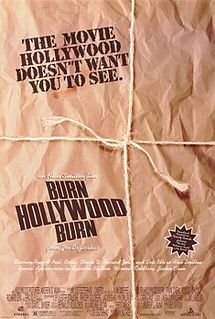 The name was supposed to be a secret though, only known to directors and other Hollywood types. This all fell apart when directors started opening their mouths when they weren't supposed to. Suddenly people started to realize that "Alan Smithee" was not a real person at all. It all ended when Arthur Hiller decided to direct a little movie called An Alan Smithee Movie: Burn Hollywood Burn. The movie was about a director, played by Eric Idle, who wanted to get his name removed from a movie, but his actual name was "Alan Smithee." In a tragic turn of irony, the film itself turned out to be directed by "Alan Smithee", as Arthur Hiller claimed to the DGA that his producer had interfered with the project. The movie did terrible in the box office and was universally panned causing unwanted attention to be focused on the pseudonym. The DGA officially retired "Alan Smithee" in 2000 with the last film with the pseudonym being Woman Wanted, a film that was actually directed by Kiefer Sutherland. Wonder why that didn't turn out? Another name has been made for dissatisfied directors, but we don't know what it is, as we aren't supposed to. "Alan Smithee" is still used on projects, but none of them are under the umbrella of the DGA. So, if you read about a movie with a tumultuous production and a mysterious new director, you may have stumbled onto the new "Alan Smithee."
Posted by Demosthenes at 11:29 AM