Talkies and the Golden Age of Film The year was 1927, and the film industry would never be the same. Warner Bros. studio came out with The Jazz Singer starring Al Jolson. What was so special about this movie? It happened to be the very first "Talkie." Warner Bros. had successfully found a way to get spoken word onto the silver screen. Warner Bros. owned Vitaphone, which was the technology they used to put language with the movie. The whole process of Vitaphone was very simple. All you had to do was play a phonograph of the sound of the movie and play it with the movie itself. It just had to be exact or the movie looked off. Warner Bros. only owned Vitaphone until 1928, and many other companies tried to duplicate the process to churn out their own talkies. By May 1928, Electric Research Product Incorporated had a monopoly on sound distribution. In the years after, sound quality and techniques greatly improved.

The Jazz Singer stands out among movies for that distinction of being the first one to be given a voice, though the use of black-face in the movie is cringe-worthy today. Many who went to see the film looked around the theater to see where the singer was or wondering who was talking since there was no way that it was actually part of the movie. The audience at the premiere of the movie were described as being in hysterics over hearing dialogue during the movie. With that first talkie came many more. 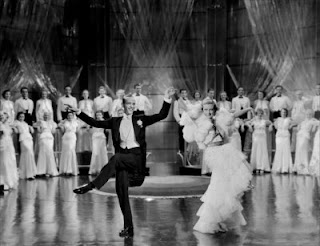 Talkies were not embraced by all. Audiences around the U.S. loved them, but a lot of actors and actresses now found themselves out of a job. Hollywood couldn't go back after talkies were introduced, they had to switch over from silent films to make more money. Silent films would cease altogether by 1935 with the last being Legong: Dance of the Virgins, which incidentally wasn't shown in American theaters due to concern with female nudity in the film. Many of the silent film era stars couldn't switch over to talkies due to their lack of vocal talents and their inability to memorize their lines. The well known musical Singin' In the Rain does a great job of capturing the transition from silent films to talkies in Hollywood, including the hardships that many actors faced. Charlie Chaplin and other actors, as well as directors that made it during the silent era initially refused to star in any talkies because they thought the new films were just a novelty. When it became apparent that talkies were here to stay and making studios lots of money, Chaplin and other silent film aficionados decided they would jump on board. Chaplin's first talkie would be The Great Dictator, a film about Nazi Germany and Hitler. Chaplin starred in and directed the film, which was the first American film to satirize the Nazi's and Hitler. The U.S. was still formally at peace with Germany at the time, so the film was somewhat controversial. 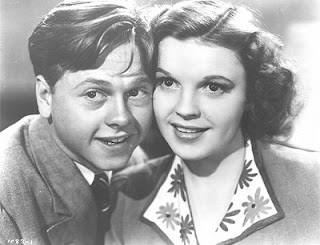 The Jazz Singer officially started the so-called "Golden Age of Film." The era would arguably last until the late 50's. The big movie studio's during this time were Warner Bros., MGM, Paramount, Fox, and RKO. These studios used the same formulas for all their movies, as in they only did specific genres: slapstick comedy, musical, animated cartoon, and biopic. The studios were rather restrictive on their talent though, as once you had a contract with a major studio, they basically owned you. You went where they wanted you to go, you dated who they say you dated, and you starred in the movies they wanted you to. The first two were for publicity's sake, and the last for consistency. If you had a contract, you couldn't make a movie with another studio unless you were lent out for a price. Many stars like Judy Garland and Mickey Rooney were unfortunately typecast as being teenagers through most of their career and couldn't expand to adult roles due to the restrictions of the studio, namely MGM. MGM owned both Garland and Rooney and they starred in a total of nine films together over the span of their careers. They literally had not choice, like many other actors, in what movie they wanted to star in. Imagine if that were the case today. Daniel Day-Lewis would be in way more movies and couldn't be so picky! Jim Carrey would have never done The Majestic (probably would of been a good thing) or Eternal Sunshine of a Spotless Mind (that would of been terrible!). Fortunately for us, movie studios have stopped being so obsessive about their actors and have also learned to do more kinds of movies.

Hollywood went through several other innovations through this era of film. Color films were first seen in 1935 with the help of Technicolor, and two years later you had the premiere of Snow White and the Seven Dwarfs. The movie was the first fully animated film in history, and the first colored animated film. People who were used to seeing their movies in black and white and without sound quickly saw films change to colorful and full of song and dialogue. 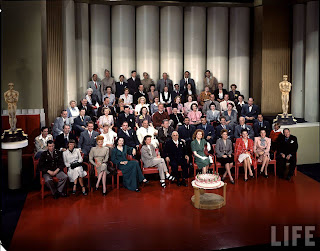 During this era in film, many actors gained notoriety. Already named have been Judy Garland and Mickey Rooney. Both were among the most popular actors in their day. Other actors that made it during this time were such names as Humphrey Bogart, Lana Turner, Shirley Temple, Clark Gable, Claudette Colbert, Cary Grant, Jean Harlow, Jimmy Stewart, Greta Garbo, Gene Kelly, Betty Davis, and Spencer Tracy (Some of the actors are seen, left). They helped create some of the most memorable films of all time including, Gone with the Wind, Stagecoach, The Wizard of Oz, Mr. Smith Goes to Washington, It's a Wonderful Life, The Philadelphia Story, It Happened One Night, You Can't Take It With You, King Kong, Top Hat, and Mutiny on the Bounty. Hollywood is most remembered for this period of movies. Seeing all the big stars on the silver screen sent many a impressionable young person to the L.A. district to pursue a career. Though many of the movie studios churned out hundreds of movies each year, they did come out with lots of memorable ones that we still enjoy today.
Posted by Demosthenes at 8:48 PM